As a team we wanted to thank you, for your kind donation to the Critical Care Outreach Team. We used your donation for 4 people in our team to attend this Sepsis Practitioner Forum in Kingston London: 5th AGM and Conference UKSPF on the 27th November 2018. I have written, on behalf of our team, a short report to let you know how we spent some of your donation.

We consider it important to be a member of the UKSPF as they provide support and resources to assist us in our Sepsis role, there are currently around 185 members leading on Sepsis across the NHS organisation. It was interesting talking with the various sponsors who supported the conference.

There were 5 key topics: Paediatric care; Acute care; Public health and Awareness; Pre-hospital and Community care; Maternity. I have summarised 4 of the talks that were of most interest to me.

It was very inspiring to listen to Sue Morrish, a mother and Sepsis awareness campaigner talking about her son Sam’s story. Sam sadly, died suddenly from Sepsis when he was 3 years and 8 months old. She described his last 24hrs as he journeyed through the hands of different NHS agencies, who failed him. Sue has been involved in promoting public awareness campaigns to improve early recognition and treatment of Sepsis.

This is the second time I have heard Dr Ron Daniels speak, Chief Executive of the Global Sepsis Alliance and UK Sepsis Trust. He is a motivational speaker, a privilege to listen to him as he presented updated figures for the number of Sepsis cases in the UK (52,000) and deaths that can be prevented (8,000). He has been involved in over 40 national television appearances, a key person for media coverage of Sepsis stories. His team developed the ‘Sepsis 6’ care bundle now used in over 12 countries.

It was enlightening to hear how Viola Jackson (Sepsis Specialist from Cheshire) had implemented a number of initiatives to improve Sepsis care at her trust. There were some similarities in the initiatives I had been involved with in the Emergency Department, in my early role as a clinical Sepsis Nurse. These included playing the Sepsis game with ward staff; focussed ward teaching; visiting wards and sharing Sepsis cards/ pens; Sepsis ‘selfie’ photos for publicity; Sepsis colouring competitions and quizzes; Sepsis Day publicity; staff engagement to promote an updated Sepsis form; cake sale; Sepsis Champions; Sepsis chocolate prizes; sharing Sepsis data with staff on posters and team read etc.

Dr Kenny Ajaji spoke about the variations in Sepsis coding, there being no reliable way of measuring Sepsis outcomes, depending on the way the Dr ‘codes’ the patient. Having been involved in Sepsis Audit I was aware of the lack of consistency in coding. Changes in Sepsis coding, with the development of a ‘Suspicion of Sepsis’ dashboard, resulted in a 300% increase in the patients coded as Sepsis, with 250 SOS codes. In practice this SOS dashboard could result in more accurate Sepsis data.

The opportunity to attend this Sepsis conference has been very stimulating, supporting our Critical Care Outreach Team role in responding to Sepsis electronic observation alerts and supporting wards in the early recognition and initiation of the Sepsis 6 care bundle to benefit patient care. 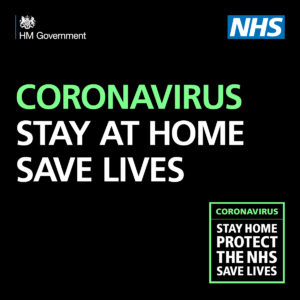 We are sending our best wishes to everyone during these difficult times. Please stay at home, protect the NHS and save lives. Thank you to all of the keyworkers who are helping keep us safe and keep the country moving!
More

Saturday 14th September 2019 The Katherine Jacobs Trust were invited to attend the Fete organised by the D.A.R.T. (Deteriorating Adult Response Team) at Leicester General Hospital. The aim of the Fete was to raise money for Sepsis Trust and to raise awareness of Sepsis. The Fete was well attended by staff and their families and […]
More 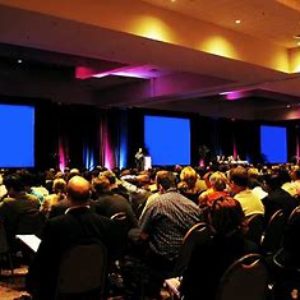 As a team we wanted to thank you, for your kind donation to the Critical Care Outreach Team. We used your donation for 4 people in our team to attend this Sepsis Practitioner Forum in Kingston London: 5th AGM and Conference UKSPF on the 27th November 2018. I have written, on behalf of our team, […]
More